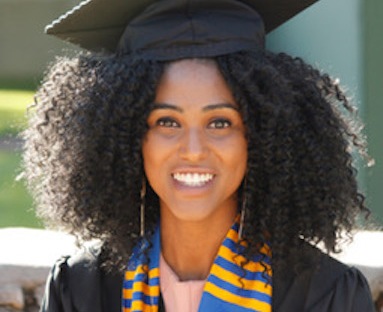 I think I wildly misinterpreted the age of 25 and what exactly comes with that age. Either that or somebody lied. I recently celebrated a birthday this past September, and I typically fall into a reflective state around monumental markers of time, so I’ve been mulling over this thought for a month or so now. After weeks of what I guess I would call reviewing the last year of my life, I’ve been trying to decide if the year of 25 was my lowest year to date, or exactly what I needed to come into myself. I think I’ve accepted that it’s both since life is humorous in the kind of way that clarity and enlightenment usually follow times of turbulence.

I say I think I may have misinterpreted 25 because I had quite the expectations for that year. I thought I would be finished with my thesis and ultimately my master’s and be accepted into a Ph.D. program somewhere. I thought I would feel different, like an adult who has mastered life. I thought I knew exactly who I was and what I wanted. I’m now 26 and not only am I still chipping away at this damn thesis and attending no one’s doctoral program, but I’m also only slightly more certain about life than I was last year. Maybe, I thought 25 was a lot more biological than it actually is? It’s as if I thought the part of your brain that houses all dumb ass ideas and habits just dies and a new, better, more mature part grows. I assumed 25 meant change and growth just happens. I mean that’s how society acts. Like 25 means you just magically have life figured out and you can manage to be on your own.

What I naively failed to realize is that though change is constant, change never just occurs. Change has to have a motivating force or pressure. And for me, that pressure was an identity crisis or rather, a “quarter-century life crisis” if you will. Who am I? The repetitive question of 25. The two things that had become the most constant in my life were slowly becoming things I grew more and more uncertain about and pushed away from. At the age I thought I would be a bit more “together,” this both frustrated and frightened me. While I was watching friends finish up their degrees, start careers, get engaged and married, I felt like I was going backward. At that moment, it felt like I was declining in growth, but what I didn’t realize is the process of shedding two identities I held for so long would give me more insight as to who I am and the freedom to discover what I really want out of life.

School is something I’ve done all of my life. It was always “my thing.” There was never any doubt from myself or anyone that I would leave Wichita for college and get a degree. And while I did always enjoy school and absolutely love to learn, I still wasn’t sure what my ultimate goal was. My first two years of undergrad were just me going through the motions. I was a Pre-law Business major who was just getting by in classes because I was simply uninterested. But that route was expected of me. Get a practical, but impressive degree to get a practical, but impressive job and have a practical, comfortable life. But then the events of Summer 2014 happened. I took a trip that had a profound effect on me, somewhat of an awakening and on the first day of the new semester, I proudly walked into my academic counselor’s office to change my major. I felt like I finally discovered my calling. Once I changed my major, I was actually excited to attend class. The student loans I took on as life-long partners didn’t sting as bad now that I had actually found something that I liked. It all finally started to feel “worth” it, so I thought. Sociology fits me well enough. I liked the inquisitive nature of it, but still, something was missing. I loved the field, but I wasn’t in love with it. And as graduation became closer, I found myself not really sure about what my next move would be.

I had a professor who tirelessly tried to convince me into going to grad school, Harvard at that, but that damn Imposter Syndrome set in and I convinced myself that she was only being nice and trying to gas me. I was a good student, but I wasn’t ivy league good. So, I took a year off to figure out what I wanted to do. I took a job as a social worker because at least I would be using my degree I thought (for the record, Sociology and Social Work have absolutely nothing to do with each other than both being social/ behavioral sciences, just so y’all know). My one year as a social worker shocked me into an epiphany: maybe Dr. Jackson was right, maybe I should take my ass back to school. I appreciate those who do it, but I knew social work (or a 9-5 for that matter) wasn’t for me, no confusion there. But what exactly was? I still wasn’t sure, but I went back to school because it bought me time to figure things out. School is something I’m familiar with and know I’m good at so it would work for the time being.

My original plan was simple: attend a school I knew I would be admitted to, go for one year to boost up my GPA, and get some conferences and a publication under my belt all to market myself as a competitive doctoral applicant, but that just didn’t happen. Not realizing how much time it takes to put together a remarkable application, plus the cost of applications and the admission exam (shout-out to punk ass capitalism, you really out here doing your thing, even in the education system) got the best of me. My exit strategy was no longer feasible, which meant I had to tough it out and finish the program. But by year two I began hating grad school. The whole experience is a story in and of itself that I’m sure I’ll talk about (once my thesis is actually complete and my degree has been awarded), but to say the least, it was one thing after the next. And each “thing” became a blow to my supposed love for school and will to finish. I didn’t trust anyone (faculty or those in my cohort), I kept feeling defeated, unsupported, and alone. And once I found out I wouldn’t receive funding to conduct my thesis research, I kind of just checked out. What’s the point if I can’t even properly do the one thing that grants me my degree? For three weeks I stopped going to class (four for one in particular). This was uncharacteristic of me. For one, I’m cheap, so if I’m going to put myself in debt for a piece of paper, I’mma go to class and get my monies worth. But more importantly, I have been an engaged student since switching to Sociology. I never got a grade less than an A-, I hardly ever missed class, never without notice, and always contributed to class discussions. Missing class for weeks was unlike me, and yet, not one of my three professors even seemed to notice. Not one reached out in my absence. That was kind of a blow. Their silence spoke volumes to me. So, my depression deepened, and my resentment grew.

I started leaving the house only when absolutely necessary and because I lived alone, secluding myself was an easy task. I barely ate, wasn’t doing my hair or taking general care of myself. All I wanted to do was get high and sleep. It seemed as though my world and entire identity were crumbling. I put so much time and energy into being a student, a “scholar,” a Sociologist and for what? What was my return? I spent money I didn’t have to get to conferences. I stayed up countless nights to write papers that would awe my professors. I was perpetually broke, taking student-assistant jobs hoping they would better my chances of having a career in academia. I had crying spells and mental break downs often due to moving so far away from home, from my family and friends and placing so much pressure upon myself to be the “perfect student,” to be the best. And for what? To be ignored? To have a shitty grad school experience that could very possibly still result in me receiving no degree at all?

Then, a month into being 25, I ended up spending a night at a mental hospital. I was a “danger to myself.” Deteriorating mental health, blowing off school and checking out of life was not advertised as part of the 25-year-old glow up. But, as embarrassed as I was by that episode, I’m now glad it happened. That made my depression real to myself and others, but better yet, it forced me to start asking myself some difficult questions I had been evading. What do I want? Why was I in this program? What is my end-goal? When I finally got into a healthier mental space, I began tackling those inquiries. Initially, I thought this was all about resiliency. But I’ve had that lesson, plenty of times and there’s no doubt about me being resilient. This was actually about me learning that being good at something doesn’t always translate into being passionate about it. I’m passionate about learning, about people and finding out what makes them tick, but that was not my reasoning for going back to school. I went back because school was my safe place and something to fill time when I didn’t know what else to do. After all, it was expected of me. I thought being a student was all I had and all that I am. But now I believe this was a situation of experiencing what I dislike to be sure of what I enjoy. I learned that while I love engaging with people and the different perspectives they may possess, I hate the politics and classism of academia, and truthfully, I don’t need the academic space to do what I want to do. My experience with grad school was to show myself that I’m capable of. If I had this incredible ability and drive to do something I wasn’t avid about, I can only imagine what I’ll do once that effort is applied to my actual passion.

I still have my qualms, and I do hope to finish my degree (I gotta pay back these loans whether I finish this thesis or not so I gotta make it worth it), but I am appreciative of this experience regardless. It opened my eyes to so much, to finally figuring out what I want to do with my life and allowing me to be certain that academia is not my only place in this world. The struggle of that year, the panic of being the “official” adult age and still being unsure of myself provided me an opportunity to “discover myself.” Now I’m confident enough to step out of my comfort zone of being a student and step into being what I actually want to be: a creative. One identity down, one to go.